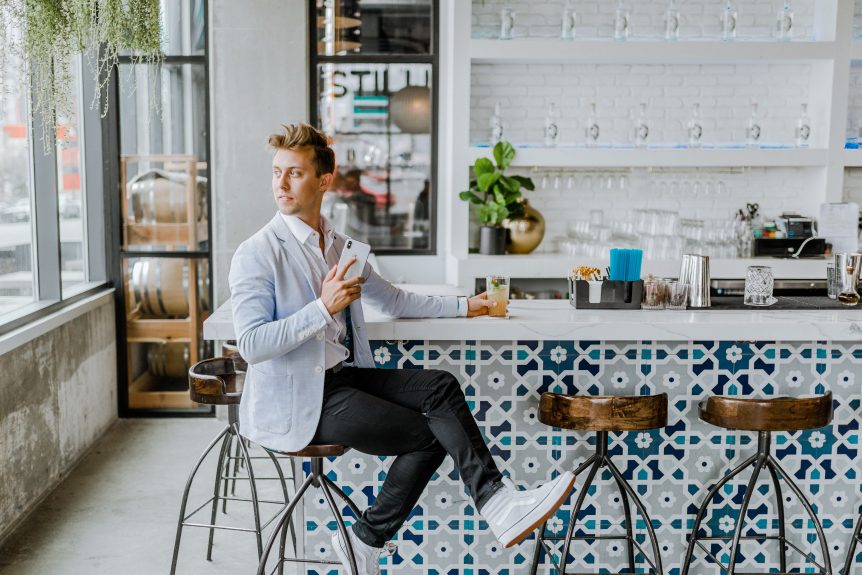 I received so many positive emails about publishing the investment strategy of an experienced investor like Ian Cassel that I thought I would continue with this and post another strategy kindly provided by @F952i. I have personally watched Faheem learn and grow over the last few years and I believe his journey is one where every new investor can relate to. The purpose of posting these strategies is to help new investors and traders to put together their own strategy so please keep this in mind as you read the eblow.

A Bit About Me

I don’t consider myself experienced, I picked up my first book on the December 2015. I don’t consider myself relatively wealthy either, I admittedly do well for my age but in the I’m in plenty of others are running 8-figure accounts I’m only a very small fish.
I have experienced significant appreciation in personal wealth venturing into micro-caps un-diversified, growing out a 4-figure account into 6-figures. I don’t consider myself comparatively super successful either nor am I a “guru”. It is not difficult to get into contact with others who do much better than me with more consistency, I aim to provide some sort of insight into what goes through my head & general methodologies I’ve picked up over my 3years including pitfalls I wish to have avoided starting out. In doing so, I hope to give some practical lessons from the perspective of someone who is a “freshman” that has just gone through the very initial stages of micro-caps.

I have a high-risk tolerance compared to most, this can be attributed mainly due to my age and lack of liabilities. I don’t have kids, wife or a girlfriend and live a life with minimal debt which allows me to potentially lose it all without life falling apart. It’s far easier for me to take risks, bend rules and bounce back or be flexible in face of adversity in my 20’s before the practicalities of life down burden. I also fear regret of not giving 100% at my passion far more than I fear failure from trying. For these reasons, I also recommend others not to blindly follow me into any financial decision.

My strategy was built and designed for my circumstances. Being a Uni student with a small starting sum of money I couldn’t afford to have my eyes glued on , so day-trading is impractical for me. I still wanted significant returns, so the only viable option was short term investing micro-caps. High risk but high rewards. I believe risk can be offset through putting in work and being diligent. Next step after Uni is finished this year is to go in as a full-time as a private investor or look around for a job at a brokerage, fund or trading desk – all which drive my interest and passion

The past 12months been disappointing in performance with the first time I’ve made loss in a 6month period, it has been good character building. I attribute the drawdown essentially due to failing to adjust to a weaker market, I maintained my high risk, undiversified, big swinging aggressive stance when I should’ve been flexible and been more defensive. It is important to adjust with the rhythm of the market, especially in specs.

I only invest in spaces I understand well. Bio-techs & oil/gas are two spaces which I’m hopeless at, perhaps their binary probability outcomes and jargon puts me out of my element.

I generally get involved in 3 spaces and will try provide an intimate look at the strategy I adopt for each; Shells, Mineral exploration/development, growth companies/revenue generators (mainly tech).

The general rule is to get set as cheap as possible. Shells have a long opportunity cost which must be considered. thing you can do is buy an expensive shell, bear the opportunity cost of holding and watching it drip bleed down in the process. Rule of thumb for me, in a good market with a director or broker that is “hot” pay no more than $5M EV MAX including a decent compliance asset. In a medium to poor market no more than $3M EV.

Couple red flags to avoid are shells with significant debt which will price up your EV. Shells with convertible notes. Shells low on will likely lead to dilution from secondary raise if there isn’t an imminent vend planned. You want a good sum of existing cash with an optional additional raise upon acquisition, this is important to purchase a decent vend which has qualities of infrastructure, previous drill history, JORC, untested mineralised extension etc.

Other red-flags include shells that burn a lot of cash through the quarter (must AVOID) these are lifestyle companies; directors are blowing cash on luxury field trips for managing a pretty much empty company. Avoid shells where directors are over-paid. Salaries vary on many things, but I’d say over $120K is pushing it, especially if the director holds other directorships there is no need for extravagant salaries. If I had to , it should be capped to $60k for shells. Most associate directors at billion-dollar unlisted companies are paid $150-200K, so $120K for a 5-million-dollar company is quite unreasonable logically speaking. However, ASX salary normality is at a higher range. I only hold one shell where a director is paid above $120K and it’s the only exception I’ve made due to the quality team involved.

This is the key to playing shells. Backers come in different forms, they can be any combination of broker/lead manager (LM), Deal-Maker (DM), players in the Top 20 shareholders, directors. They will steer the ship of the company. Let’s go through each one step by step.

You want a broker that has a history of multi-bagging deals. The broker will essentially be managing the book or the allocate/organize the register of the largest holders, these shareholders are the mechanic behind your supply and demand. Once again, doesn’t matter if the broker’s backed company ends up at zero 2-years down the track. Focus on if the broker has to make price multi-bag from when they got their clients set. Your next goal is to get yourself set as close as you can to the price the clients paid, essentially on the brokers deal/performance without directly being a client. Brokers will also have directors work with them, sometimes a director will be from the brokerage itself.

The deal maker will essentially be the individual or entity responsible for bringing the vend. This will be the most important “backer”. The DM can be an individual from the brokerage such as Jason Peterson from CPS Capital, a set of private individual(s) such as Corr brothers & CAZ stable that did the DMI vend now called GLN that made +800% or a director/consulting group such as Apollo Group that did the MRU deal through Middlemas directorship and took it from a $400K EV shell to $1.16B Takeover.

I look for three things from the dealmaker.

This is equally as important as the deal maker. Often because it holds numerous clues on the deal-maker itself and the broker at the same time. This in my opinion is one of my biggest edges with shells, at least when market is healthy, and deal-flow is good. I can say with good confidence I’ve built one of the largest T20 databases that exist for Australian Nanocaps.

What you want to see in T20 is a few things:

The hardest part is usually figuring out point (2) and (3) above. Groups will always tend to get set together in good shells. The best way I have found to go about this is at each entity within the T20 and build a database of all the other companies in which involved . Compile the list of companies and begin looking for similar names amongst them and you will begin to see patterns.

The director will be steering the ship. You want directors that are proactive, not burning a tonne of company cash, aren’t being paid a ridiculous salary which will put them in no serious rush to vend and allow to juice out as much of the company’s cash into their bank account before raising cash via a vend.

I also have a database just for directors. My mentality in previous years was to avoid any director with a failed company. However, when I built the director database, I noticed almost every director across micro-caps, small-caps even blue chips have had companies go broke before hitting gold. There only a very small handful of Bill Beament’s that have had success from the . Even directors on FMG have had failed companies before hitting success.

This database was built to remain as objective as possible. The aim was to identify directors that have brought appreciation in share price from the time of their appointment without a huge opportunity cost waiting time. The thesis is simple; I don’t care about end outcome or where the companies end up as I don’t intend to hold into the final days regardless. I look at max upside potential with a director appointment that has objectively and statistically coincided with appreciation in price. It is important to understand which directors bring short term wealth and which can bring wealth and your entries and exits as such.

If you’re looking to take your Penny Stock Investing to the next level feel free pop in and learn more about my newly released investing course.